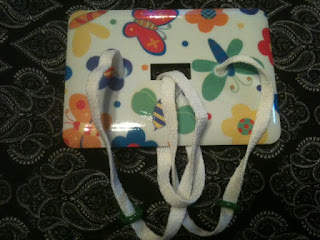 This was a project that a recreated from a post on Skip To My Lou.  There are two rings on the strings – one on each.  The goal is to get two rings on one string.  And of course once that happens, your next goal is to return them to two separate strings.

Begin with a light switch plate, some string (I used a shoe lace), two rings (I used two plastic craft rings but you could use a nut, wooden beads etc…), and two pony beads.

First you lay the switch plate down face up to begin your work.  I chose a decorative switch plate – just more fun and I didn’t feel like spending time decorating the plate myself. 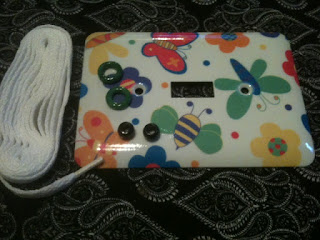 Take your string and fold it in half – feed the middle (at the fold) through the rectangular slot on the switchplate from the face to the back. 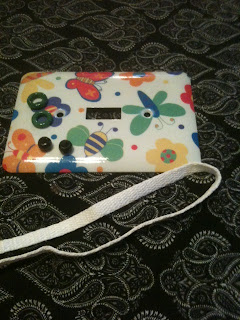 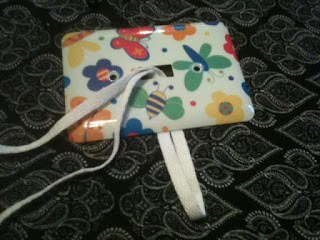 Then take your two ends and feed them through the loop you now have.﻿ 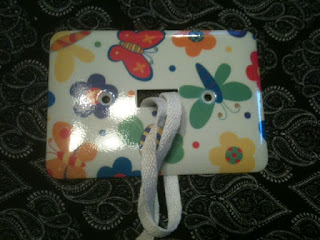 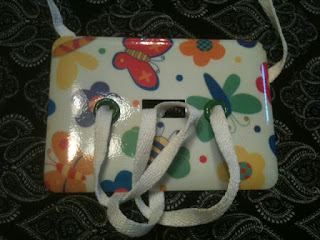 Flip the switch plate over so you can now work on the back side.  Slide a pony bead onto the string and tie several knots so the pony bead doesn’t slide off the string.  ﻿ 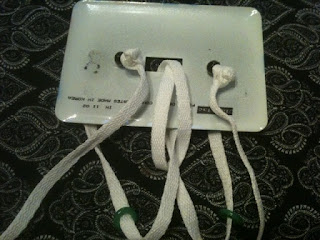 The puzzle is now done.  My six year old can do it – I haven’t tried yet but it doesn’t seem like anyone else can – and she has done it several times! 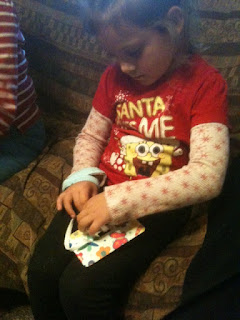 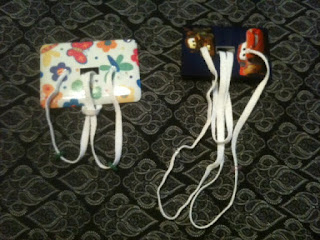 Floral for my daughter and Cars for my son.