My pot of gold

Today the weather was a mix or rain with thunder and lightning – along with sun.  The result were some phenomenal rainbows.  I only had my pocket camera so I hope you can appreciate the photos.

There were two full, side by side rainbows.  One of the most spectacular natural phenomena I had ever seen.  People were pulled over on the side of the road taking pictures.  My kids were totally in awe and we took photos until the rainbows were covered back up by clouds. 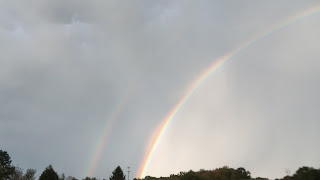 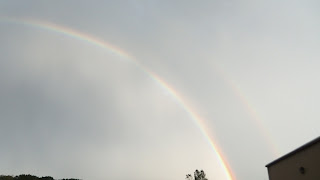 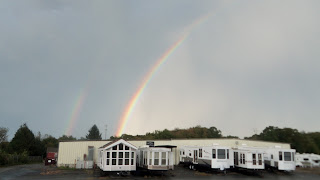 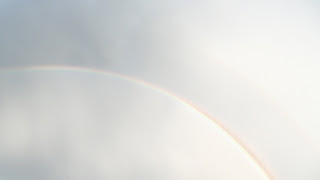 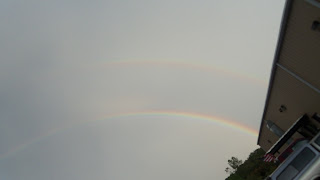 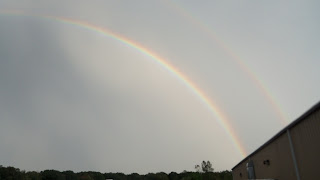 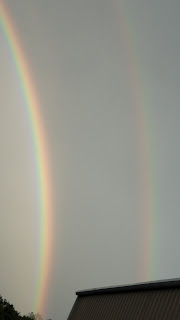 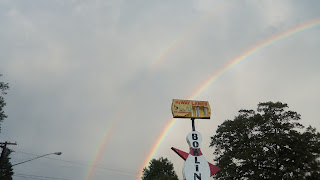 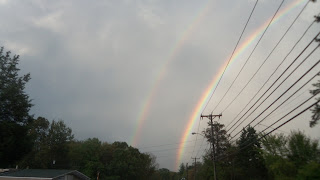 There are so many more photos that we took.

While we were pulled over taking some photos an elderly gentleman came up and said “Oh God – it is so beautiful.  I don’t have a camera”.  I asked if he had a cell phone and he said yes but he didn’t know how to do anything but make phone calls.  I asked if I could see it and if he would mind if I took some pictures with his phone – he gladly handed it over.  My husband and kids continued to take pictures with my camera (which ended up being a good thing I only had the small camera since none of them know how to use the Nikon).  Once I took five pictures with his phone I showed them to him and showed him (until he totally got it) how to access his pictures.

Now really – that was nothing too major and I still had plenty of pictures of my own.  But he told my husband – “isn’t it something how God sends you an angel just when you really need one!”  What an incredibly sweet thing to say.