My Daughter’s Letter To God

We lost our Weimeraner right after Christmas – New Year’s Eve to be exact.

When my daughter was born we had four Weimeraner’s. Even though she was the baby – they were all HER babies. And there was no doubt they believed she was their baby. Then three – who were all the same age, passed away within a very short period of time – one right after the other. But the fourth was two years younger – he was the baby of the four. But as he approached this last year it was clear that many of the memories made this year would be our last with him. This made losing him that much harder for everyone – especially our daughter.

Tonight she wrote this letter to God –

Dear God:
I miss Smoke. Can you tell him I miss him. He likes playing with squiki toys. I hope you are enjoying him.
Love Seph (with a little heart next to her signature) 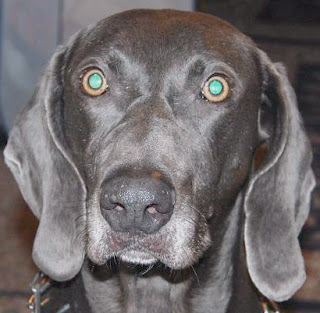 So now she is hoping for a letter back from God with some feedback as to how Smokey is doing.