I have seen this in several locations around Pinterest such as HERE.

Mine did not come out nearly as nicely.  But I am sure I had several more obstacles than they did.

First I bought a heavy duty plastic sheet, 10×25, folded it in half and duct taped it together (like making a big pillow) but left a tiny opening for a hose.

Taping it up was not as easy as everyone else makes it sound.  Even with the help of my kids it was tough because we had the dogs stomping on it and us the entire time.  They were very intrigued by the plastic.  They just bull doze right through us when they are curious.

We finally got it taped up and squirted some food coloring in so the water inside would be blue.  Then we started filling it with water – so far so good.  But our Newfoundland can find mud ANYWHERE.  So as I am trying to fill it the dogs are playing on it getting it totally full of mud while at the same time they are trying to dig through the plastic to the water – they know it is there they and they can see it spraying – they just can’t quite figure out why they can’t “touch” it.  It was quite hilarious.  Frustrating but hilarious.

You also absolutely have to have a flat piece of land for this.  We were slightly on a slope and it kept slipping and rolling – it didn’t bother anyone but me because as it rolls it doesn’t “look” quite as nice.  It made for quite the sensory experience for my son.  He often abstains from many of our projects.  He will watch from a distance or sneak peaks out of the corner of his eye.  But this project was all about him and the dogs.  Sephora actually stepped aside and let him have it all to himself (and the dogs).  But because dogs were involved it actually became a very muddy experience. 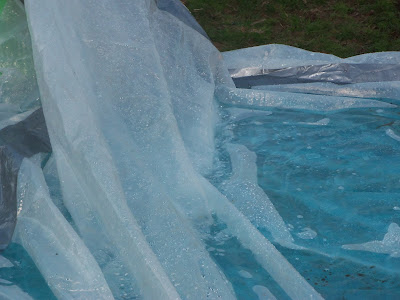 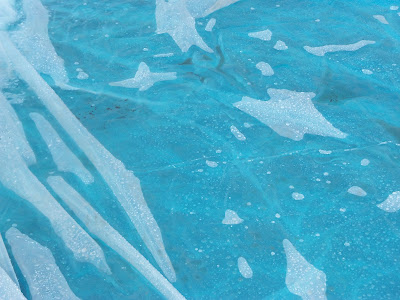 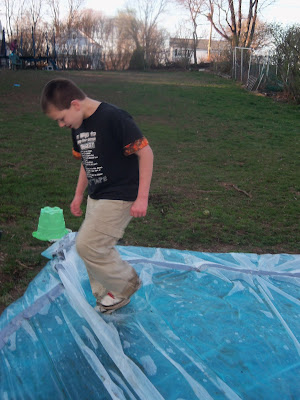 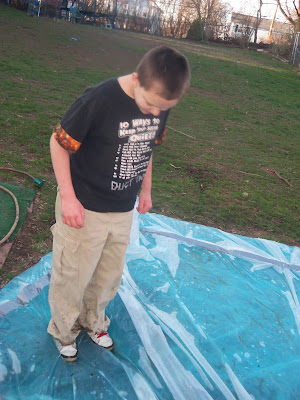 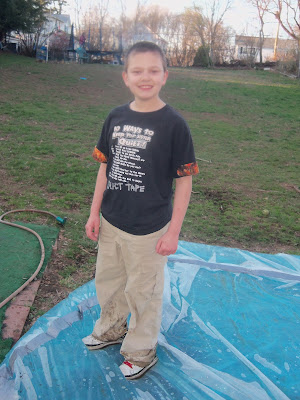 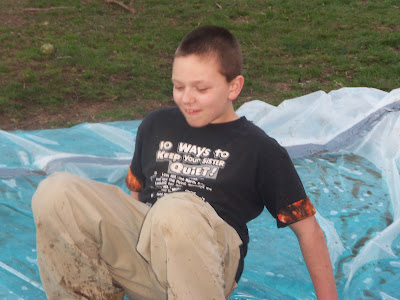 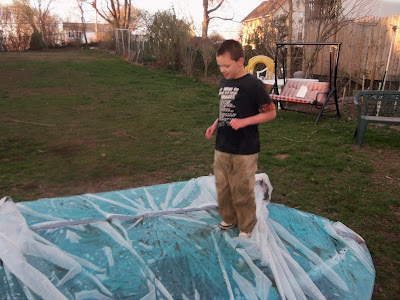 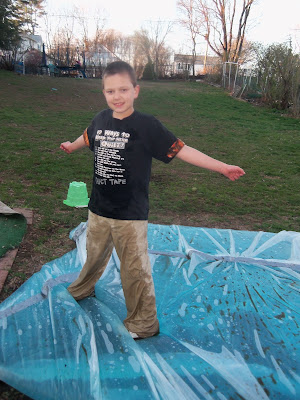 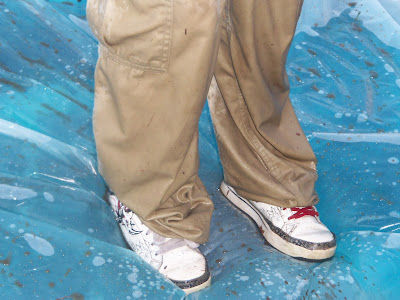 Glad he is having fun but while all this was going on the dogs were having their own batch of “fun”.  Remember how I mentioned we added food coloring to the water to make it a nice bright blue?  Well, with giant breed dogs it is not “safe” to put anything on a picnic table and expect it to be left alone.  Chewbacca (English Mastiff) did what she does best – put the food coloring in her mouth.  And this is the result… 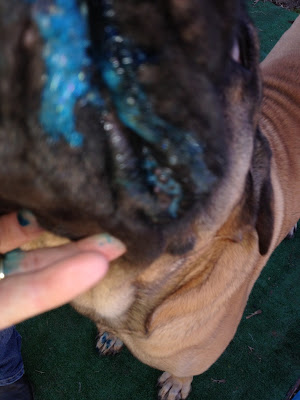 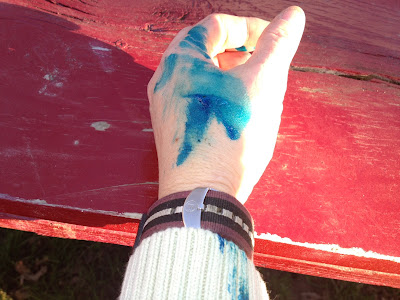 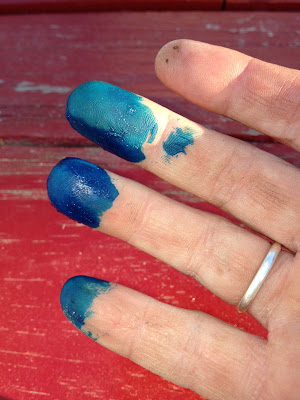 There is excitement in all that we do!