A couple years ago I made my kids some hooded towels.  However, they managed to grow about eight inches in a year so those quickly became too small.  This year I have made them brand new ones.

First you need a towel the size you wish to have.  I purchased two inexpensive bath sheets from Ocean State Job Lot.  I purchased on orange sheet (Anthony) and one cream colored (Sephora).

Then you need a smaller, hand towel or slightly larger sized towel.  Since you only use half of that towel for each hooded towel – I needed to purchase something that could be used with an orange base as well as a cream colored base.  I went with this colorful striped small towel (larger than a hand towel but smaller than a bath towel).

Next you fold the hand towel in half and cut at the fold. 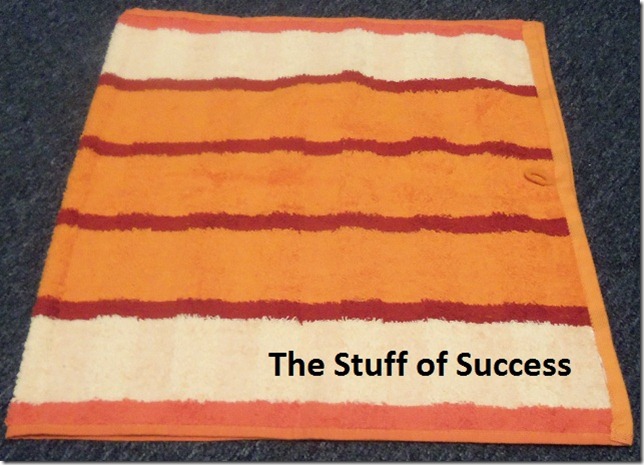 Cut at the folded edge on the left.

Sew that raw cut edge directly in the center of the bath sheet (along one of the long edges – centering both the small towel and the bath sheet).  I used a zig zag stitch but I have made them before with a double row of straight stitches – either works and holds up just as well.


Then you sew the top of the smaller towel together to form a hood.  That edge was so thick I could not sew through it.  So I ended up cutting the binded edge off and just using a raw edge.

The end result is an awesome (extremely large) hooded towel/bathsheet that will be helpful for the kids to have for their swimming lessons as well as at the beach.  And truth be told – I do like them so much I may just have to make myself.

I share my projects at some great link parties.
You can see them all HERE

How Do We Incorporate Snack Time Into Our Schedule? With Nabisco Multipacks #WalmartSnacks2Go #MC