I am on a bit of a PVC pipe kick right now.  There really are so many possibilities with PVC pipe.  I just can’t get enough of it.

Today’s project is a baton.  I had a baton as a little girl but my daughters have never had one.  They just don’t seem to be as popular nowadays as they were when I was little.  When I was a child every little girl had a baton.  You could never go to a parade without seeing twirlers.

To make the baton I used a 1/2 PVC pipe – 2 foot length.  I simply capped the ends with PVC caps and decorated with pokadot duct tape.  You don’t get much easier than that.  I tried it out before I gave it to Sephora and it worked perfectly.  It is so cute. 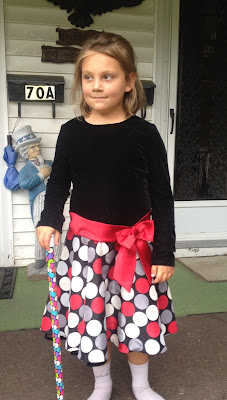 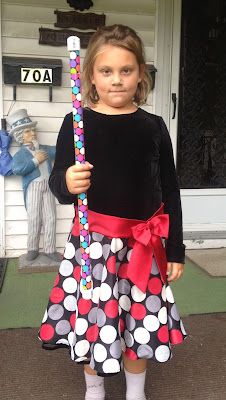 It was immediately clear that a demonstration was in order.  I twirled and twirled and tossed into the air, catching it behind my back.  Nothing nearly as graceful as you would have seen growing up but enough for her to get the idea.  Now look at her – she is happy as can be to be shown something entirely new.  Gotta love the tongue always sticking out when she is focused. 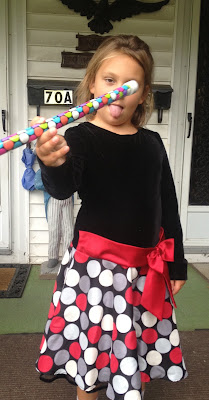 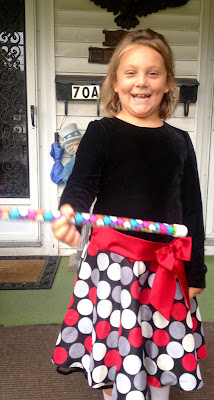 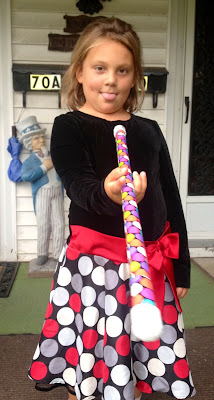 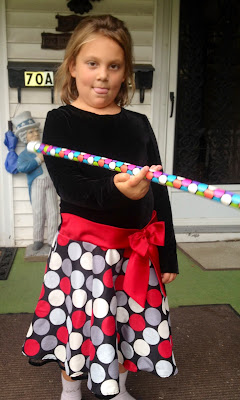 ﻿
I share my projects at some great link parties.
You can see them all HERE