I purchased this item only because it was on clearance locally and it looked like a cool item.  It made a claim that I didn’t believe but figured even if the claim was close to being true it would still be a fun toy.   However, the claim is true and it is so much fun.

The toy is called a ToyPedo.  There are three sizes.  The blue one is the toy I purchased on clearance.  It had a claim that it can shoot up to 30 feet in the water.  And it definitely does.  However, sometimes it goes faster and farther than we anticipate and since the pool is at the campground and often crowded – we don’t find it fast enough.  I can’t tell you how many times someone has walked off with that blue ToyPedo.  I figured I better buy another one soon because the kids would be crushed if we didn’t find it one time and were left with nothing. 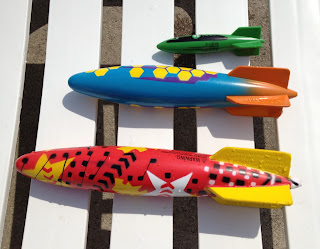 I then bought the red one on Amazon.  The red one claims to go up to 40 feet – and it does.  An added bonus is that it is red and can much more easily be found in a crowded pool.

I also purchased the green one on Amazon.  That is actually one of a set of four different colored ToyPedos.  Those are primarily only useful in the bathtub.  The little ones claim to go up to 10 feet but I don’t think they go more than a few feet.  But they are still fun for the kids in the tub.

Check out the red one in action… 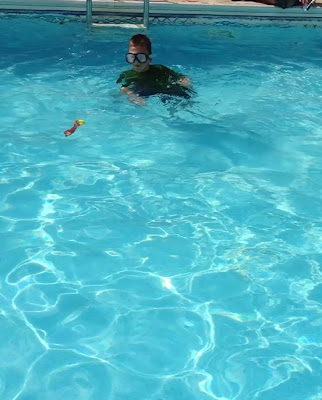 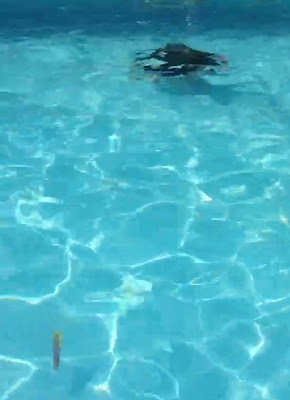