This week LiteraryAddicts.com is holding a Literary Stalker Day for the weekly Meme!
So what author do I stalk! 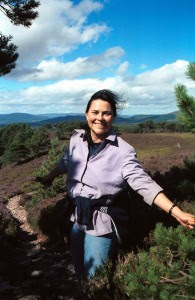 I can definitely say I had several options but by far it is Diana Gabaldon.  Diana wrote the Outlander Series.  The Outlander Series is considered historical romance and they are very large novels.  The series involves Jamie Frasier and Claire Randall as their main characters.  I have read all of them several times and listened to them at least that many.  It is so easy to fall head over heels for Jamie!  This series involves time travel and so many historical facts from England, Ireland, Scotland and Colonial America.  The books in the series include:
Outlander
Dragonfly in Amber
Voyager
Drums of Autumn
The Fiery Cross
A Breath of Snow and Ashes
An Echo to the Bone
Written in My Own Heart’s Blood (not published yet)
These are some mega-novels and take a huge amount of time to get through the series but SO WORTH IT!  I treat my Outlander Series books like GOLD!
From Diana’s Website (HERE) for Book 1 – Outlander (also known as CrossStitch in the UK) 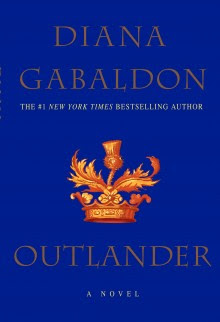 OUTLANDER (published in the UK under the title CROSS STITCH) is the first novel in the Outlander series.  Frankly, I’ve never been able to describe this book in twenty-five words or less, and neither has anyone else in the twenty years since it was first published.  I’ve seen it (and the rest of the series) sold—with evident success—as <deep breath>  Literature, Fiction, Historical Fiction, Historical NON-fiction (really.  Well, they are very accurate), Science Fiction, Fantasy, Mystery, Romance, Military History (no, honest), Gay and Lesbian Fiction, and…Horror.  (Really!  One of my books beat both George R.R. Martin and Stephen King for a Quill Award in 2006.)  Anyway, the only way I’ve ever found of describing this book to anyone is to begin telling them the story.  So here goes….
In 1946, after WWII, a young Englishwoman named Claire Beauchamp Randall goes to the Scottish Highlands with her husband, Frank.   She’s an ex-combat nurse, he’s been in the army as well, they’ve been separated for the last six years, and this is a second honeymoon; they’re getting re-acquainted with each other, thinking of starting a family.  But one day Claire goes out walking by herself, and comes across a circle of standing stones—such circles are in fact common all over northern Britain.  She walks through a cleft stone in the circle….and disappears.  Back into 1743, where the first person she meets is a gentleman in an 18th-century army officer’s uniform.  This gentleman, Jack Randall, looks just like her husband Frank—and proves to be Frank’s six-times-great-grandfather.  Unfortunately, he also proves to be a sadistic bisexual pervert, and while trying to escape from him, Claire falls into the hands of a gang of Highland Scots, who are also trying to get away from Black Jack Randall—though for other reasons.
In order to avoid being handed over to Captain Randall, Claire is obliged to marry one of the young clansmen.  So she finds herself trying to escape from Castle Leoch and her Scottish captors, trying to get back to her husband Frank, trying to avoid being recaptured by Captain Randall—and falling in love with Jamie Fraser, the young man she’s been forced to marry.   The story rolls on from there…
What I used to say to people who saw me sitting outside a store with a pile of books and asked (reasonably enough), “What sort of book is this?”, was, “I tell you what.   Pick it up, open it anywhere, and read three pages.  If you can put it down again, I’ll pay you a dollar.”   I’ve never lost any money on that bet.
Share