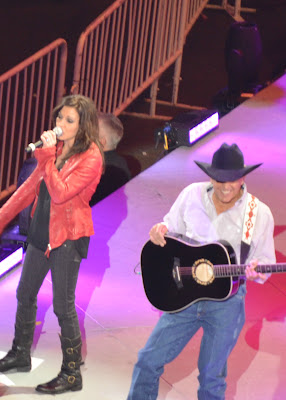 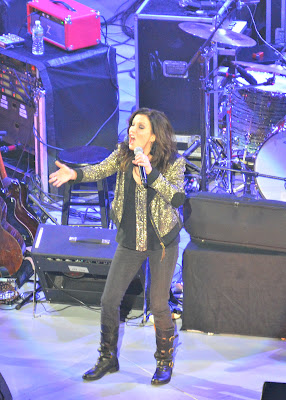 My husband and I never go out – ever.  If we get a sitter for anything it is only because we have to work.  With special needs children it is a very difficult challenge.  However, this past weekend we did go out.  We had a sitter and my mother-in-law performed tag team defense with the kids. 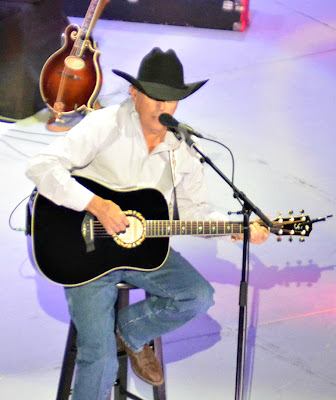 Several months ago my husband purchased tickets for a George Strait concert on his Cowboy Rides Away tour and Martina McBride was opening.  I have seen George Strait three times many years ago and Bill saw him twice.  Neither of us had ever seen Martina. 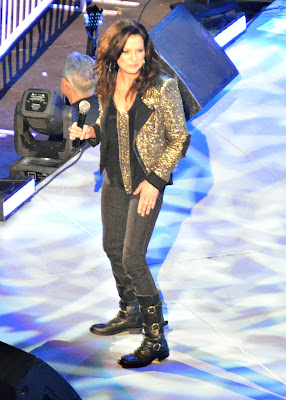 This concert absolutely did not disappoint.  Many things went wrong – first the weather.  Sleet and rain and the concert was an hour away.  We left plenty early to get there in time, safely and get something to eat.  The something to eat part was quite problematic.  Once we arrived most of the restaurants were closed and those that were open only had seating well after the concert was scheduled to start.  You would think businesses would capitalize on the event market in a city, but what do I know…No big deal – a night dining on pizza, nachos, pretzels or hotdogs wasn’t going to kill anyone. 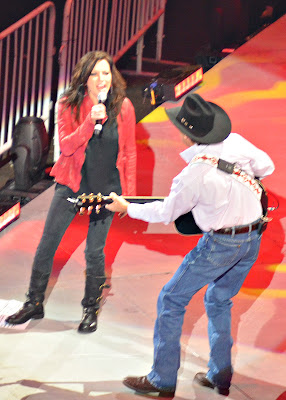 The center was supposed to open its doors at 6pm and concert to begin at 7pm.  The outer doors didn’t open til 6:20pm and people were getting cranky.  And once those opened we were herded into the area with all the concessions and not allowed into the center’s seating area.  Apparently the delay was due to technical difficulties with sound and they wouldn’t let anyone in to the center to see the band(s) rehearsing.  That still wasn’t a huge deal – we stopped and purchased our tshirts, a slice of pizza for me, pretzel for Bill and soda for each. 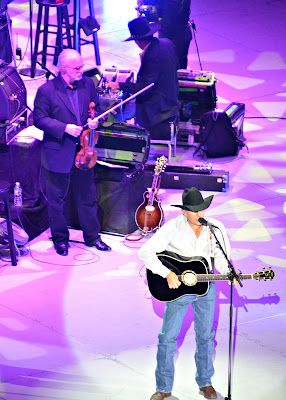 We were finally allowed in at 7:20pm and the concert started around 7:45pm.  The people behind us kept spilling beer on us all night long.  My coat was saturated; I literally had to dump beer out of my camera bag; my shoes had beer in them and my pants and bag were soaked.  It was a cold walk back to the truck soaked and unable to wear a coat. BUT – it was the best night I have had in years!  Martina sings like an angel – her voice, her strength behind it, her passion and her lyrics.  Just so incredible.  Then George – much more of the classic country style but such a force in the music industry.  The two sang two songs together and it was magical.  Of course they both received the standing O’s and George did an encore of a few songs.  The concert got out at midnight!  I would have loved to have our children experience this but Bill was not able to purchase 4 seats together.  Don’t get me wrong – it was nice to have a night with just us and no whining, crying, demands, etc… But I love to expose our children to new and incredible experiences.