A Chest for Treasure

A project from the past that is still holding up to all the abuse of my son!

In the never ending quest to make Anthony’s room perfect for him — I found a “treasure chest”.  Actually I picked it up for me and he immediately became so excited at the prospect of a treasure chest – how could I say no.

Here is the “before” shot… 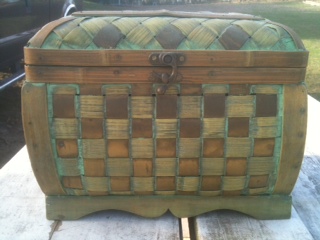 Here is the semi-after shot.  Again – I have grand visions of doing more with it but he wants things simple and if I don’t get to it before he does in the morning – I lose and this is the end result.  If I get there first – you will see another version at some point.   Of course – it is in the hunter green theme he has chosen for his room. 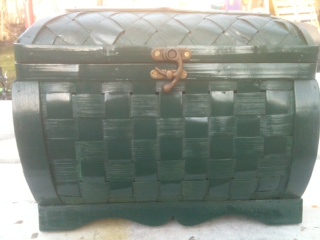 There you have it – Anthony’s treasure chest.