This is a project from the past but one of my favorite so far!

My daughter loves her boots and she has many many pairs.  She would literally wear them 24/7 – given the opportunity.  As a result they get completely worn down to nothing but she won’t let me get rid of them.  Here is the “before” photo of one pair (in my haste the left/right is not correct – but LOOK AT THEM – does it really matter). 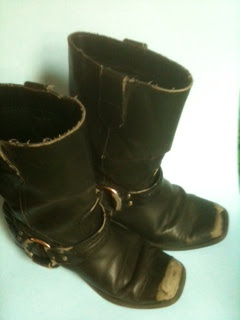 I assume you agree that these have seen better (much better) days.


So, I “borrowed” them from her room in the middle of the night and started to glamorize them.  Once the initial tips were dry, she and I added the trim and straps together.  We used my favorite fabric in just the right spots with Mod Podge.  Then we added a layer of glossy Glaze to seal the Mod Podge and eliminate any “stickiness”.  She LOVES the result and can’t wait for me to work on the next pair. 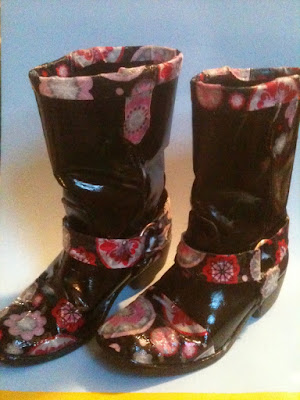 I then put them to the true test – the day of a eight year old with playgrounds, bikes, skateboards (where shoes are used as brakes), running etc… The good news is – a brand new pair of boots would have come home totally demolished after one day of wear – been there and done that.  Not these – with all those layers they held up just fine.  The experience was very helpful though because we learned a valuable lesson – the Mod Podge and Glaze work very well – better than expected on the outside BUT very uncomfortable on the inside.  She still wore them all day but has some blistering from the friction where the Mod Podge was.  That was easily resolved by adding a lining at the interior top of the boots of fleece.  Now check them out – after a full day of outdoor play and a couple days of indoor play. 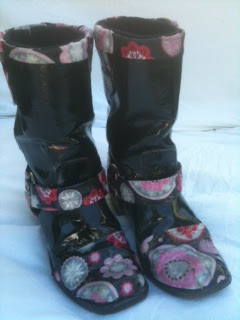 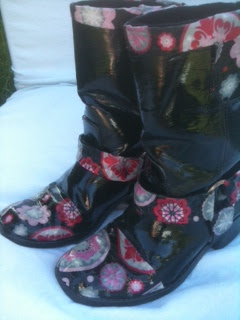 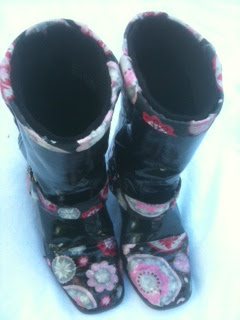 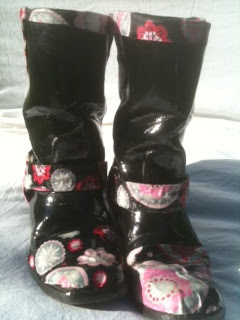 Now those are some SERIOUS boots. 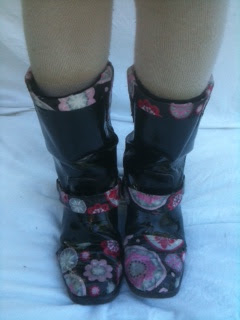 With a set of real legs in them… She receives comments and compliments everywhere she goes when she wears them. 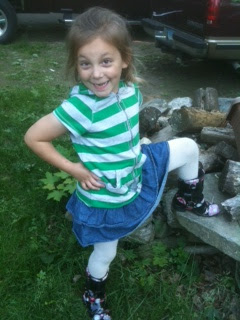 From Bunkbed to a Teenage Girl Bed