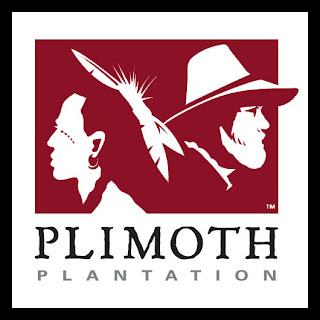 Yesterday we had the great opportunity to check out Plimoth Plantation in Plymouth Massachusetts.  It was a spectacular weather day – we couldn’t have asked for more.

Plimoth Plantation is “living museum”.  My kids are very hands on learners.  My son is on the spectrum and for me to sit him down and teach him about colonial America would have been a total waste of my time.  He would have tuned me out and not given me a moment of his time.  But to see it, experience it and be a part of it is exactly how he learns.  Before I get on to the review I will tell you that he took his iPod with him.  He didn’t take one picture with it while he was there.  But he took notes the entire time.  We live two hours away and the entire way home he typed notes about all the things he saw, experienced and learned.  I am so definitely going to print that and send it with him to school on his first day back.  He is able and capable – the learning environment just has to be conducive for him.  Funny thing is – in a classroom there are always so many other things going on.  It can be overwhelming for him.  Okay, on to the review…

Plimouth Plantation consists of the Wampanoag Homesite – the Native American site for those who were here before the settlers from England arrived; a 17th Century English Settlement; Mayflower II, a Craft Center; Rare Breeds Animals; Plimoth Cinema; and the Plimoth Grist Mill.  There is a great deal of walking if you have young children or older adults with you.  Please plan accordingly.  The trails are dirt and in some areas rough.  I bring this up because I do have issues with my legs and some of the stony/dirt trails were steep and slippery.  If you have struggles either bring a walking stick or they sell handmade sticks there – we purchased four and were very thankful.  I love them.

When visitors first arrive at the welcome center, you purchase your tickets and are escorted to an orientation theater where you will see a short video introducing you to the time, views and people.  It is important to understand, and they make it clear in the video, that the Wampanoag Native Americans are actors who speak English, perform activities true to the period but do not take on all attributes of the characters they play.  They are able to answer your questions, explain what they are doing, why they are doing it and what life was like during the time period of the settlers.  The Homesite is located along the banks of the Eel River.  You can learn more about the Wampanoag Homesite HERE. 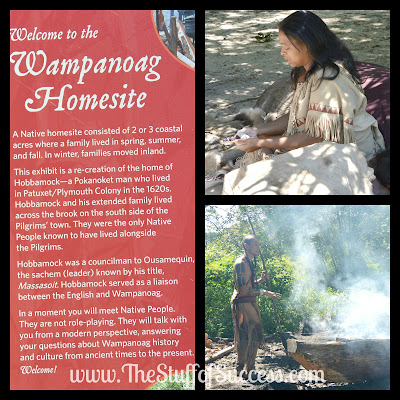 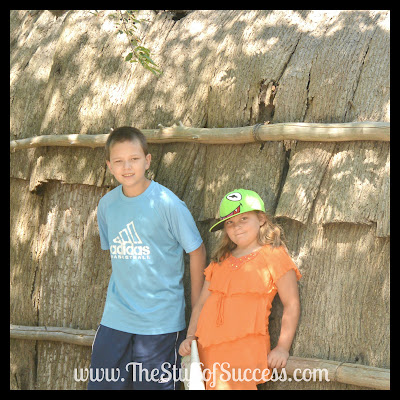 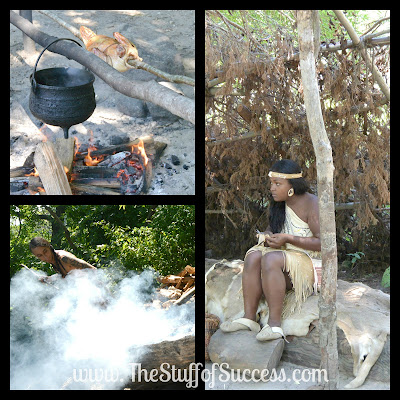 The 17th Century Settlement has characters “true to the period”.  Their language is still English but a long way from what we are familiar with.  You would be surprised just how different – most of it is easily translatable and understandable for adults.  But when you are a child, or even children on the spectrum such as mine – the world’s could not be further apart.  The characters were awesome and very patient with him.  It was clear he wasn’t trying to give them a difficult time but he can’t imagine a world other than what he knows.  But even with that it was so interesting to him and he kept participating in conversation and asked some really great questions.

The Settlement is based in the year 1627 and is a small maritime community established by the Pilgrims.   It is 7 years after the arrival of the Mayflower.  This time period is just before the settlers started migrating outside of the settled area.  In some cases you may be given the opportunity to assist the settlers with some tasks.  My kids were asked to help get some fresh water when a woman had to dispose of the dirty water.  They gladly helped but were surprised to find that the buckets were heavy without water in them (she gave them a small bucket).  They were still happy to help but due to the weight I think they lost more water on the way to its destination than what they had left once they got there.    Learn more about the 17th Century Settlement HERE.  And by the way – yes Plimoth is spelled properly – that was the original spelling and later it changed to Plymouth. 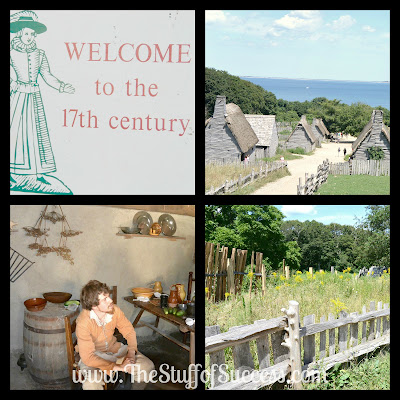 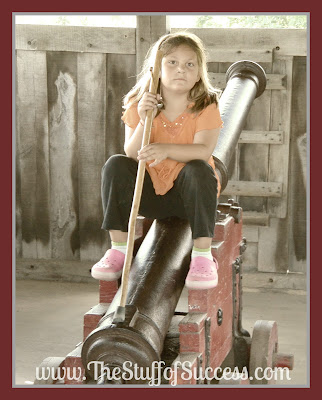 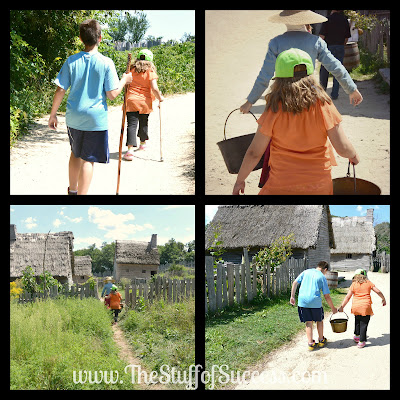 The Crafts Center is regular artisans doing work true to the period but perfectly willing and able to answer questions.  They create pottery, headdresses, apparel and furniture. 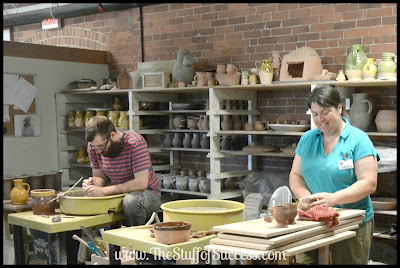 The Plimoth Grist Mill and Mayflower II are located down at the waterfront in Plymouth Massachusetts.

I highly encourage anyone within traveling distance to make the time to go to Plimoth Plantation.  It is very educational and such a unique experience.