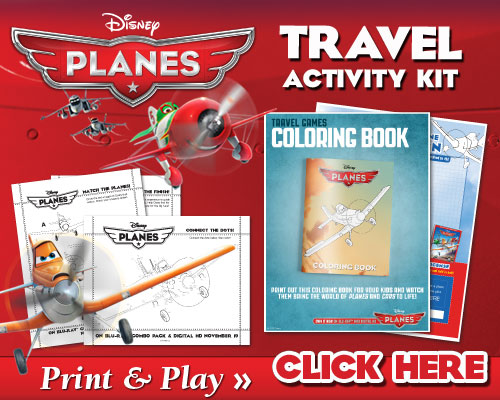 Click on the image above to print your own Disney Planes Travel games.