If You Were Me and Lived In… Series by Carole Roman 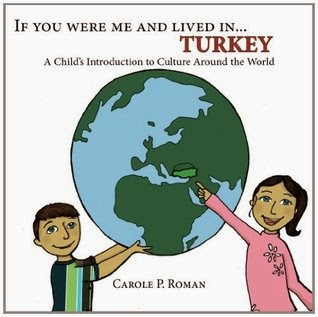 Number four in a series of world culture, If You Were Me and Lived in… Turkey, explores cultural differences through a child’s understanding. A respectful and lively treatment of the subtle differences of the people from different parts of the globe we share. Join Carole P.Roman as she travels to learn out the people, culture, and customs of the people Turkey. 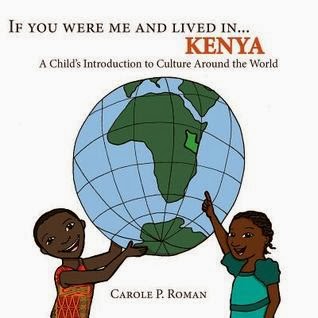 If You Were Me and Lived in …Kenya: A Child’s Introduction to Cultures around the World

Let’s travel to Kenya! Number five in this exciting series travels to Africa to learn about the thrilling country of Kenya. This extraordinary book “If You Were Me and Lived in…Kenya- A Child’s Introduction to Cultures Around the World” explores life for children on a new continent. The book touches on many familiar topics such as names, money, games, and food as well the sites and sounds that come with living in Africa. Embraced by educators, parents, and children, the series gently and respectfully introduces the subjects of cultures and customs around the world. On “If You Were Me and Lived in…South Korea” “Roman has proven her skill at writing children’s books with her Captain No Beard series, as well as with the other volumes in her cultural series. If you were me and lived in …South Korea uses a technique of speaking directly to the child reading or listening, similar to Laura Numeroff’s If You Give a…series. This strategy is well suited to a book about foreign cultures as it gives little imaginations a boost by helping children envision themselves growing up with customs and traditions different from the ones they’re familiar with…” Peter Dabbene ForeWord Reviews Clarion Review On “If You Were Me and Lived in…France” “It is the simplistic and positive way that Roman, a former social studies teacher, delivers the text, that makes this series appealing-the books are short and to the point and just what you want when you’re introducing geography and culture to the youngest reading set.” Bianca Schulz-The Children’s Book review. 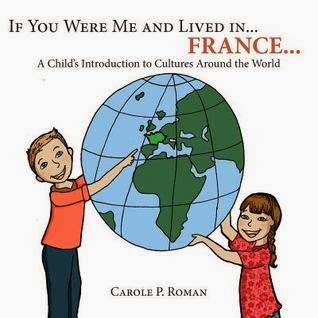 If you were me and lived in… France: A Child’s Introduction to Cultures Around the World

“If You Were Me and Lived in…France-A Child’s Introduction to Culture Around the World” is the second book in Carole P. Roman’s remarkable series about countries all over the globe. With each book covering a different nation, Roman opens up a world of wonder while highlighting the fact that underneath it all we are far more alike than we might have imagined. Focusing on what life would be like from a child’s viewpoint, she examines the diversity of the people who make up our planet. 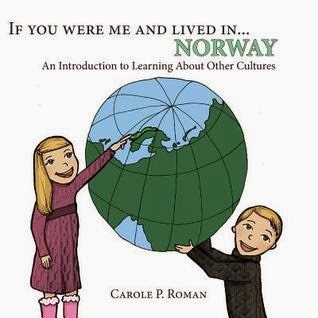 If You Were Me and Lived in …Norway: A Child’s Introduction to Cultures Around the World

Join Carole P. Roman on a trip to the Northern Hemisphere and learn about Norway- The Land Of the Midnight Sun. In this exciting series, children are able to read about the many things we share in this great, big world of ours. If You Were Me and Lived in…Norway describes many things that make that country unique and fun. Readers will be able to learn about the capital, common names, a beloved holiday, as well as favorite food and other fun facts. This book is an excellent introduction for those beginners who want to learn about the many thrilling places and great people who share our planet.

About Carole:
Award winning author Carole P. Roman is a former teacher turned businesswoman. She has successfully run a family business with her husband that employs close to five hundred people. Her most favorite job is being grandmother to her many grandchildren. Roman has two wonderful sons and hit the jackpot in the daughter-in-law department. She currently lives on Long Island with her husband.

Her first book, Captain No Beard – An Imaginary Tale of a Pirate’s Life has been named to Kirkus Reviews’ Best of 2012 as well garnered the star of remarkable merit. It was named in the Pinnacle Award for Best in Children’s Fiction 2012. Captain No Beard has developed in a series of 6 more books. She is the author of the best selling book, I Want To Do Yoga Too. Currently, she is working on her educational series that explores different cultures from a child’s point of view. If You Were Me and Lived in…Mexico, received the Pinnacle Award for Best in Children’s non-fiction 2012. If You Were Me and Lived in…Kenya received 5 Stars from the ForeWord Clarion Review. She just completed Russia with the help of her five year old grandson and loved every minute of it.

My Thoughts:
I have had the great opportunity to review quite a few of Carole’s books and I love them all. I subscribed my children to Little Passports world edition and we spend a great deal of time learning about so many places around the world.   Carole’s books are an excellent addition to our studies and learning process. These books have just enough interesting information to entertain children but not so much that they will shy away thinking it is too much work. I call it their accidental learning. If you have not read any of these books with your children you should consider it. They are awesome and entertaining.