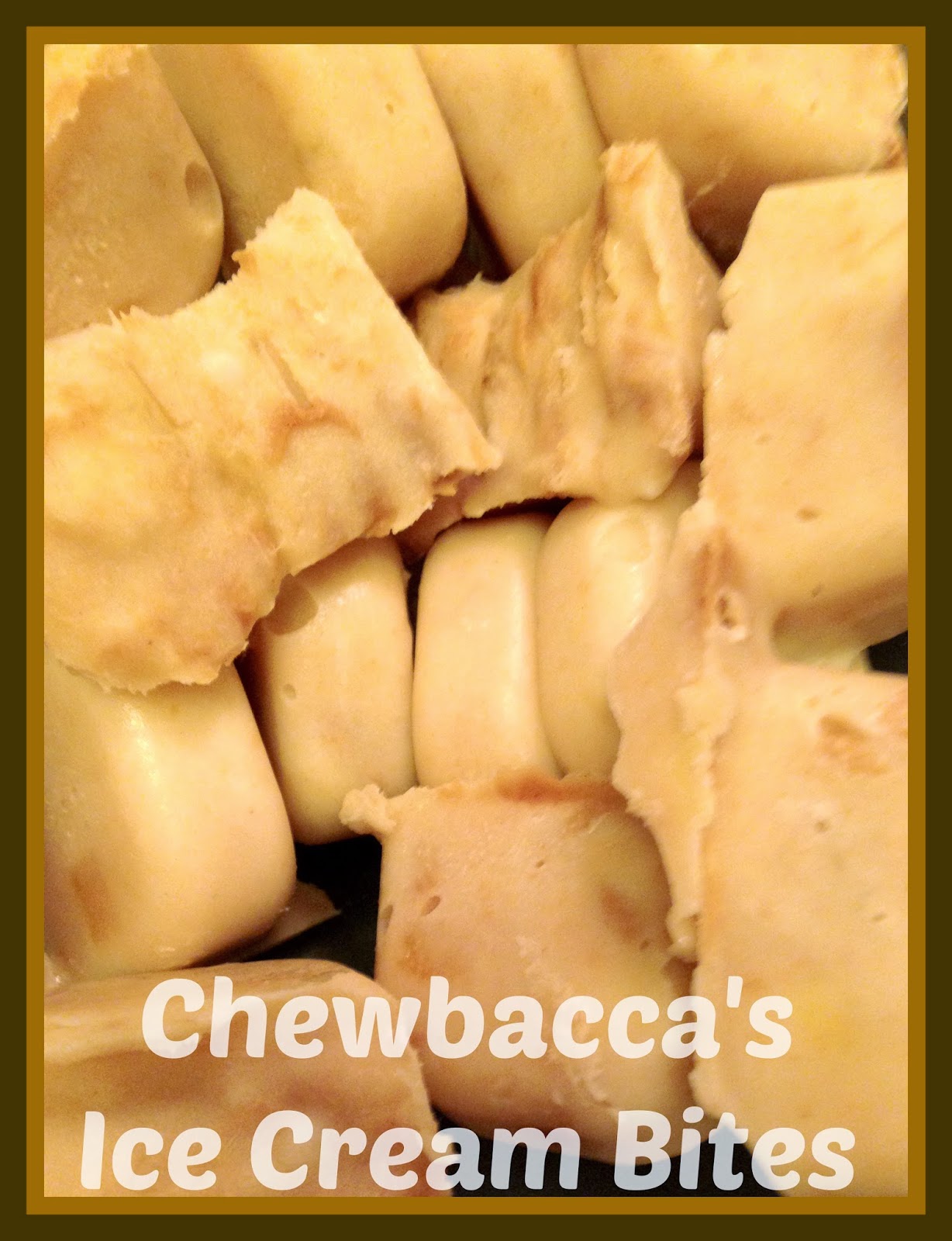 Sephora and I have been busy making dog treats each weekend.  Partly to give the dogs greater variety and partly because it is less expensive to make large batches on our own rather than to purchase large boxes of junk.  Besides they like the treats we make ourselves so much more.

Today I bring you a treat that we did not cook.  It is a frozen treat – pretty much like ice cream for dogs.  However, there is nothing in it that would preclude a human from eating it.  And when you smell it – YUM.  I admit I did lick my fingers a time or two…

Mix all together and freeze.  We froze in ice cube containers.  This batch made about 2 and 1/2 ice cube trays of treats.  I would have been happier with five trays worth but it only takes a few minutes to whip up so we can easily make some mid week.  You can make it without the 2 over ripe bananas but we had some on hand so we added them.  You could also add a couple tablespoons of honey if you like.

Our dogs could not believe their luck when we gave them each one.  Of course they are giant breed dogs and would be very happy eating an entire batch in one sitting by themselves.   But for now – a snack of one cube each will have to do.