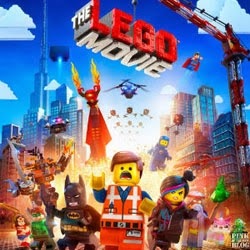 Directed by Phil Lord & Christopher Miller (“21 Jump Street,” “Cloudy with a Chance of Meatballs”), it stars Chris Pratt, Will Ferrell, Elizabeth Banks, Will Arnett, Nick Offerman, Alison Brie and Charlie Day, with Liam Neeson and Morgan Freeman.
The original 3D computer animated story follows Emmet, an ordinary, rules-following, perfectly average LEGO minifigure who is mistakenly identified as the most extraordinary person and the key to saving the world.  He is drafted into a fellowship of strangers on an epic quest to stop an evil tyrant, a journey for which Emmet is hopelessly and hilariously underprepared.
Chris Pratt (“Moneyball”) stars as the voice of Emmet.  Will Ferrell (“The Campaign”) stars as the voice of his primary adversary, President Business, an uptight CEO who has a hard time balancing world domination with micro-managing his own life; while Liam Neeson (“Taken” and “Taken 2,” Oscar nominee for “Schindler’s List”) voices the president’s powerful henchman, known as Bad Cop/Good Cop, who will stop at nothing to catch Emmet. 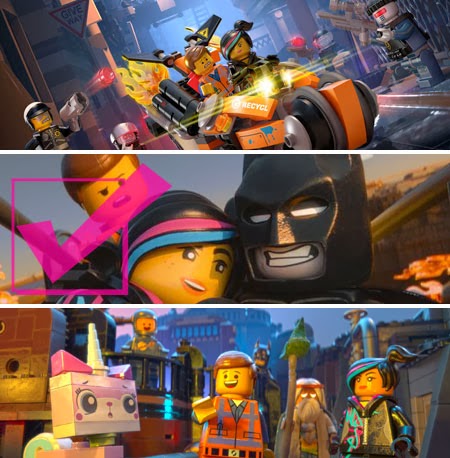 Starring as Emmet’s fellow travelers are Oscar® winner Morgan Freeman (“Million Dollar Baby”), as Vitruvius, an old mystic; Elizabeth Banks (“The Hunger Games,” Emmy nominee for “30 Rock”), as tough-as-nails Wyldstyle, who mistakes Emmet for the savior of the world and guides him on his quest;  Will Arnett (Emmy nominee, “30 Rock”), as the mysterious Batman, a LEGO minifigure with whom Wyldstyle shares a history; Nick Offerman (NBC’s “Parks and Recreation”) as a craggy, swaggering pirate obsessed with revenge on President Business; Alison Brie (NBC’s “Community”) as a sweet, loveable member of the team, with a powerful secret and Charlie Day, as the spaceman Benny.
Directors Phil Lord & Christopher Miller also wrote the screenplay, from a story by Dan Hageman & Kevin Hageman and Phil Lord & Christopher Miller, based on LEGO construction toys.  It will incorporate some of the LEGO world’s most popular figures while introducing several new characters, inviting fans who have enjoyed the brand’s innovative toys and hugely popular video games for generations to experience their visually unique LEGO world as never seen before. 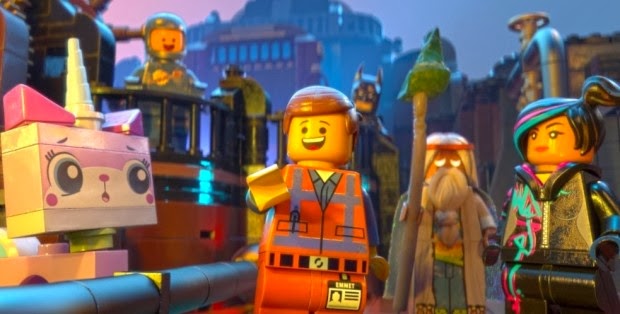 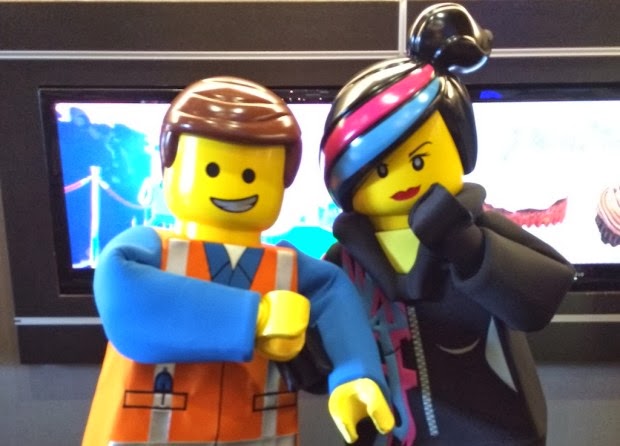 Sephora – “The movie was cool.  I liked the part when Emmet kept falling and then he opened his eyes and he was on the ground.  And when Emmet said Oh My G-O-S-H.”

Anthony – “I loved the part where everyone was sing Everything is Awesome.”

Oh my gosh we were dying to see this movie and couldn’t wait for it to come out.  Who doesn’t love legos right? First off, we saw this film in a really awesome theater.  It was not our local theater – actually it was more than an hour away but totally worth it for the experience.  My kids and I saw this film as a pre-showing and it was awesome – they even left with posters.  This movie has good guys, bad guys, a strong heroine character, an underdog and more.  It is very easy to relate these lego characters to human characters and issues in society.  The movie is full of cliche’s.  Kids won’t get most of them but that is what makes the movie interesting for adults.

The cast of characters is top notch and the movie is full of surprises – such as the ending.  Definitely not at all what I expected.  There is a meaningful story behind this movie.

Although my kids were dying to see this film I can’t say that it was something I was anxiously awaiting.  The previews made it appear to be more violent than it was.  It definitely had lego type violence but it all worked to make the movie fantastic.

I believe all kids and adults will love The Lego Movie.  It is one of those amazing films that appeals to persons of all ages.

My family was provided with a free pre-showing of the film in exchange for an honest review.
Share