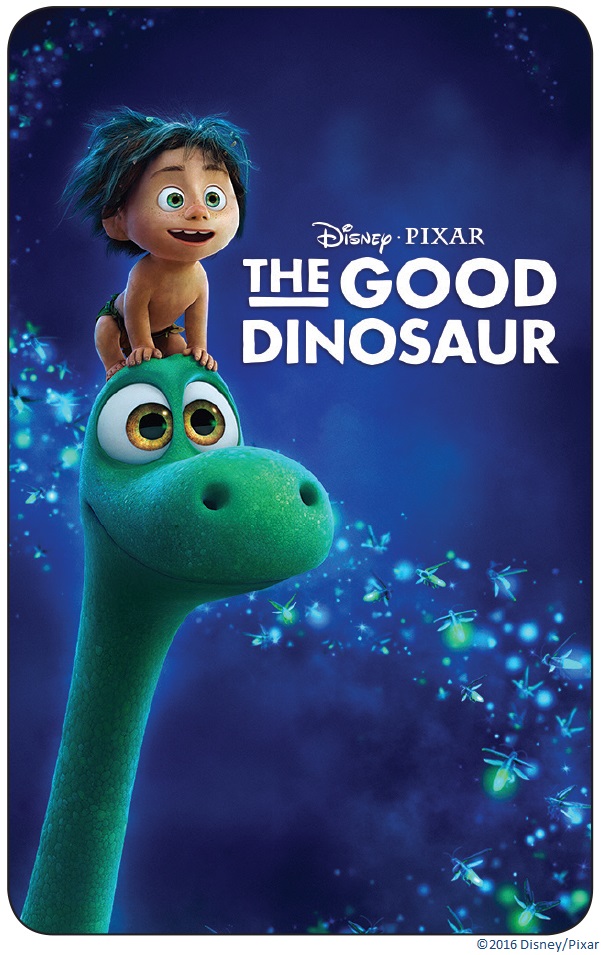 From the Studio That Brought You “Inside Out”

The Perfect Adventure for the Whole Family Stampedes Home On

From the innovative minds of Disney•Pixar comes a hilariously heartwarming adventure about the power of confronting and overcoming your fears and discovering who you are meant to be.

The Good Dinosaur asks the question: What if the asteroid that forever changed life on Earth missed the planet completely, and giant dinosaurs never became extinct? In this epic journey into the world of dinosaurs, an apatosaurus named Arlo makes an unlikely human friend. While traveling through a harsh and mysterious landscape, Arlo learns the power of confronting his fears and discovers what he is truly capable of.

Disney Movies Anywhere (DMA) is an engaging and family-friendly cloud-based digital movie service that makes it simple to buy your favorite Disney, Pixar, Marvel and Star Wars movies once and watch them anywhere.  With DMA you can explore Disney’s library of over 450 eligible digital movies, discover hours of new and exclusive short-form content, and watch your digital movies from the comfort of the living room or across multiple mobile devices.  Using the free DMA apps and website, you can connect your DMA account with participating providers including iTunes, Amazon Video, VUDU, Microsoft Movies and TV and Google Play and unlock access to your eligible movie collections across platforms and devices –  iPhone, iPad, iPod Touch, Apple TV/Airplay, Amazon’s Fire tablets, Fire TV and Fire TV Stick, Microsoft Movies and TV service on Windows and Microsoft Xbox devices, Android mobile and tablet devices and Android TV, Chromecast and the Roku® platform.  In addition, you can redeem Digital Copy codes found in Disney, Pixar and Marvel Blu-rays and DVDs, as well as earn Disney Movie Rewards points with every digital purchase.

For over 90 years, The Walt Disney Studios has been the foundation on which The Walt Disney Company was built. Today, the Studio brings quality movies, music and stage plays to consumers throughout the world. Feature films are released under the following banners: Disney, including Walt Disney Animation Studios and Pixar Animation Studios; Disneynature; Marvel Studios; Lucasfilm; and Touchstone Pictures, the banner under which live-action films from DreamWorks Studios are distributed. The Disney Music Group encompasses the Walt Disney Records and Hollywood Records labels, as well as Disney Music Publishing. The Disney Theatrical Group produces and licenses live events, including Disney on Broadway, Disney On Ice and Disney Live!

THEATRICAL SHORT – Sanjay’s Super Team – Sanjay loves the world of cartoons and comics, while his father tries to draw him into his Hindu traditions. Reluctance quickly turns into awe-inspiring adventure as the boy embarks on an amazing journey, returning with a new perspective they can both embrace.

TRUE LIES ABOUT DINOSAURS – We know – it’s preposterous to think Apatosaurs spoke English. Learn more about what separates the fictional dinosaurs of “The Good Dinosaur“ from what scientists know about real dinosaurs.

RECYCLOSAURUS – Pixar takes creative competition seriously. Maybe a little too seriously. Watch as “The Good Dinosaur” crew competes to see which department can create the best dinosaur ever…using only discarded items from the studio’s “free table.”

THE FILMMAKERS’ JOURNEY – Finding your way from an idea to a film takes a lot of exploration. Director Peter Sohn and his fellow filmmakers talk about the challenging, inspiring, and unexpectedly emotional experience of making “The Good Dinosaur.”

EVERY PART OF THE DINOSAUR – The filmmakers talk about the special animation challenges of “The Good Dinosaur” – including figuring out how to animate a dinosaur who’s really a boy, and a boy who’s got the spirit of a dog.

FOLLOWING THE T-REX TRAIL – Follow the filmmakers as they travel to a working cattle ranch and meet the McKays, a close-knit family whose work ethic, generosity, and stories inspired the T-Rex ranchers of the film.

HIDE AND SEEK – A short animated clip produced to promote “The Good Dinosaur.”

My daughter desperately has wanted to see this movie and I have to say I am happy we watched it in the privacy of our own home rather than at a movie theater.  Movies can be tough for us since our daughter gets extremely emotional during movies that have some sad parts.  I have had to leave movie theaters more often than not.  The Good Dinosaur was a very emotional Disney Pixar movie.  The journey Arlo and Spot go on is exciting and the animation is great.  But there are some overwhelming sad parts that lead to the journey.  As an adult I thoroughly enjoyed the movie but it was a bit emotional for my daughter to deal with.  And though it does have a happy ended it is a very abrupt happy ending leaving her to question – that’s it?  I do wish there was a way movie creators could grab viewers attention with an exciting journey without the trauma that leads to the journey.  So if you want to see a great movie – this is one for sure – but please know there are some emotional portions before the journey. 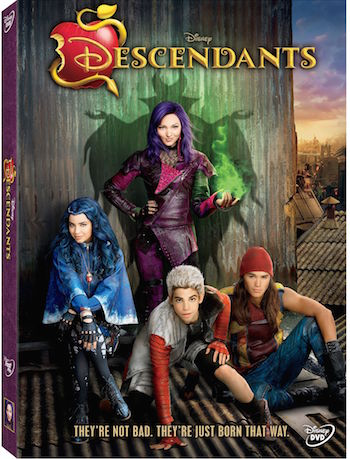 Disney Descendants Is Now Out On DVD #DisneyDescendants 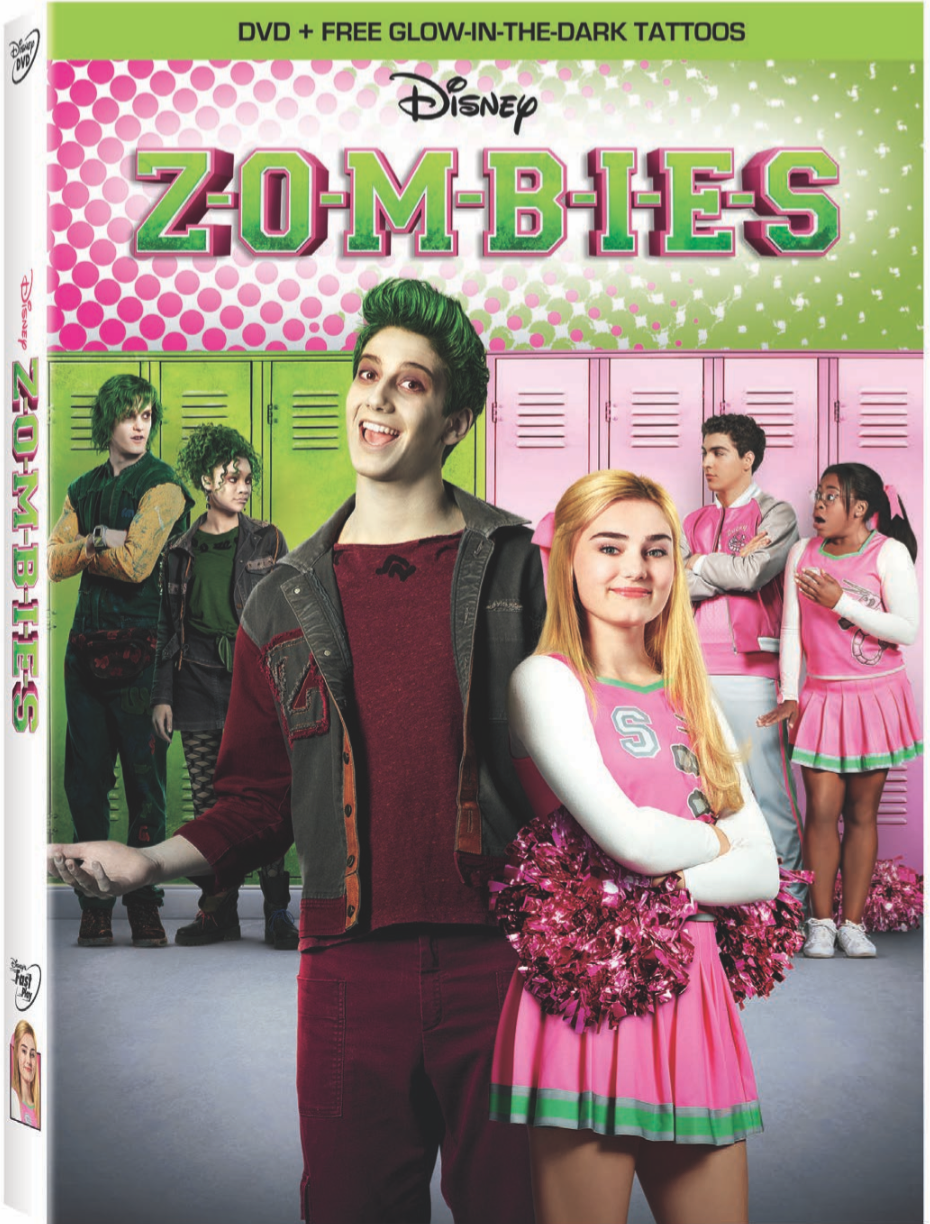 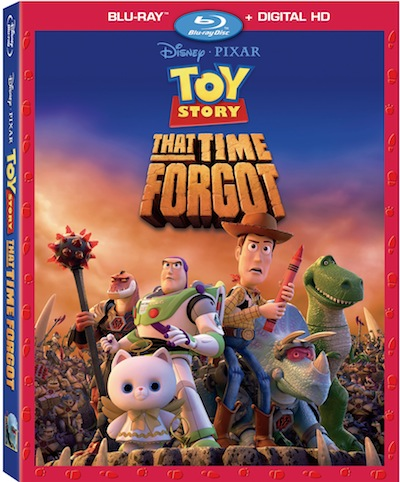