Alphie The Squid Partners With the Monterey Bay Aquarium 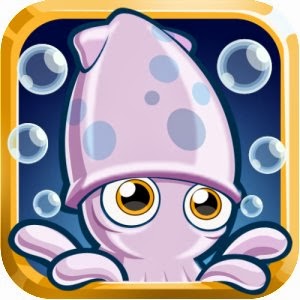 I have been given the opportunity to review an iPad app called Alphie the Squid by Crystal Entertainment.

Right now they have partnered with the Monterey Bay Aquarium. For every download of the game, $1 of proceeds goes to the aquarium’s Children Education Fund.

Alphie the Squid  is a unique ocean exploration game that follows the journey of wide-eyed and cute baby squid as he ventures into the depths of the ocean. Using the natural talents of the legendary giant squids, Alphie hunts, camouflages, and hypnotizes in order to fight sea creatures on a quest to become king of the ocean.

Apple featured Alphie the Squid as “Best New Game Update” in 118 countries when the content was updated back in July and they are still 4.5 out of 5 stars in the App Store. 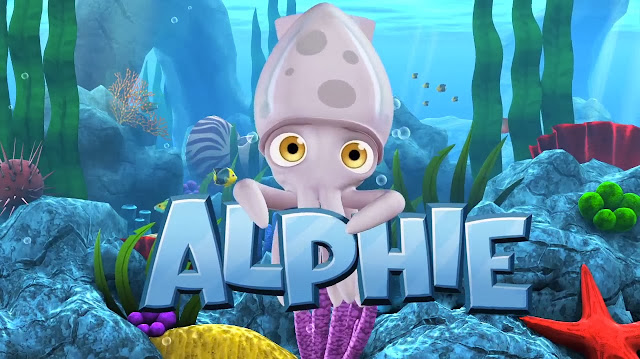 In this unique ocean exploration adventure game players exercise the natural talents of giant squids: camouflage to hunt and avoid predators, ink to escape, and hypnotize prey, all the while venturing through the mysterious ocean world and discovering wondrous sea creatures. As his counterparts in nature, Alphie grows in appetite and speed to become one of the mightiest creatures of the sea.

Alphie distinguishes itself by its polished art, animation, and music as well as its fun reflex-based gameplay. With many immersive levels spanning multiple underwater environments, players navigate the mazes to explore the secrets of ocean life in tidal pools, coral reefs, and the depths of the ocean. A gallery, chalk full of fun facts, highlights the diversity of sea creatures in the game.

In the 1st level is Alphie is with his Mom and you get to eat fish, fish eggs, shrimp and other things to grow larger.  You are introduced to different animals and you receive tips.

In the 2nd level, Alphie is without his mother and the game gets harder. Creatures on this level can be dangerous and if you get hurt you lose strenth.

As the levels progress, the explorations become more difficult and you can ear some major points.

My daughter and I love this game.  We have fun with it and it is educational.  As soon as we downloaded it my 9 year old kept begging me for the iPad.  She learns so much about sea life.  The game is a great way for kids to get excited to learn about the ocean.  There is also music throughout and it reminds me of soothing music I used to listen to while she was an infant.  I still find that music soothing and she is 9 years old.  The music was composed by the Emmy-nominated composer David Ari Leon.

The partnership with the aquarium is important to Crystal Entertainment, as its primary goal for creating this game has been to inspire curiosity and learning about the ocean and its plethora of sea creatures. Given the aquarium’s mission to inspire conservation of the oceans, there is an aligned interest for both parties. The aquarium also launched the Tentacles exhibition in April this year, featuring 26 different species of.  Along with the launching of partnership with the Monterey Bay Aquarium, the is also timed with the iTunes release of the full game soundtrack which includes 13 songs composed by award-winning and Emmy-nominated composer David Ari Leon. Leon has gained recognition as a prominent music composer for video games, film and television. Some of the popular game titles he has composed include Superman, Snoopy Coaster, Contre Jour and Woody Woodpecker.

The game is 4.5 stars on the App Store and kids love it.

I received one or more of the products or services mentioned above in the hope that I would mention it on my blog.  I only recommend products or services I use personally and/or I believe would be helpful for my readers.  I am disclosing this in accordance with the Federal Trade Commission’s 16 CFR, Part 255: “Guides Concerning the Use of Endorsements and Testimonials in Advertising.”  The opinions expressed in this post are entirely my own.  Your experience with the product(s) or service(s) may differ from mine.